A landmark study out of the University of California, San Francisco, has found success in using deep brain stimulation to treat a patient with treatment-resistant depression.

Major depressive disorder (MDD) is a common neuropsychiatric disorder. Usual treatments for MDD include medications, psychotherapy, and electroconvulsive therapy, but treatment-resistant depression can be common for patients. The patient in this study had been experiencing treatment-resistant depression for the past 5 years. Deep brain stimulation has now put her into remission.

What is Deep Brain Stimulation?

Deep Brain Stimulation (DBS) is a neuro-electronic therapy in which an electronic device is implanted into the brain and emits tiny electrical pulses. It has successfully been used to treat epilepsy and Parkinson’s disease.  DBS has shown potential for treating depression, but scientists did not know enough about the brain circuits associated with depression to use this treatment effectively. Traditional DBS involves fixed, constant electronic stimulation in the brain, known as an open-loop approach. However, the neural circuits involved in MDD can differ from patient to patient and can function on varying timelines. This variation meant that the constant, non-targeted stimulation of traditional DBS had only limited effectiveness for MDD. 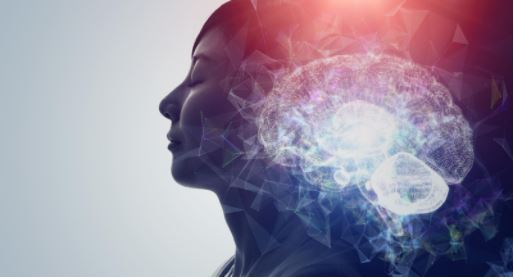 How did the study work?

This study is considered “landmark” because the researchers were able to identify a symptom-specific biomarker of MDD that had not previously been identified.  This biomarker shows researchers where the depressive symptoms are coming from in the brain, and is thought to be different for each individual patient. For this study, researchers worked with just one patient and monitored her neural activity for 10 days in different parts of the brain, while having the patient complete symptom rating scales to describe the severity of her symptoms. This biomarker they identified was located in a part of the brain called the amygdala, known as the “threat response” area of the brain. The biomarker would emit a specific pattern of neural activity that indicated to researchers that depressive symptoms were escalating. The researchers found that the biomarker’s pattern aligned with the patient’s reports of her symptoms.

What were the results?

Researchers found that using the biomarker successfully triggered delivery of the electronic signals in a pattern that was linked to the patient’s symptoms. As a result, the patient saw an immediate reduction in her depressive symptoms. The reduction in symptoms began the morning after she started the DBS treatment and continued to drop, and she entered into remission several months into treatment. This is very significant, as usual treatments for treatment-resistant depression produce only a 3.5% remission rate and it usually takes months for patients to see a reduction in their symptoms.

These results should be interpreted cautiously, as the study only included one patient and cannot be assumed to work the same way on other patients. The researchers are planning to conduct the same treatment on at least 12 patients. However, the new method used by the researchers to identify the biomarker and develop this treatment could advance treatments for depression and for other neuropsychiatric disorders.